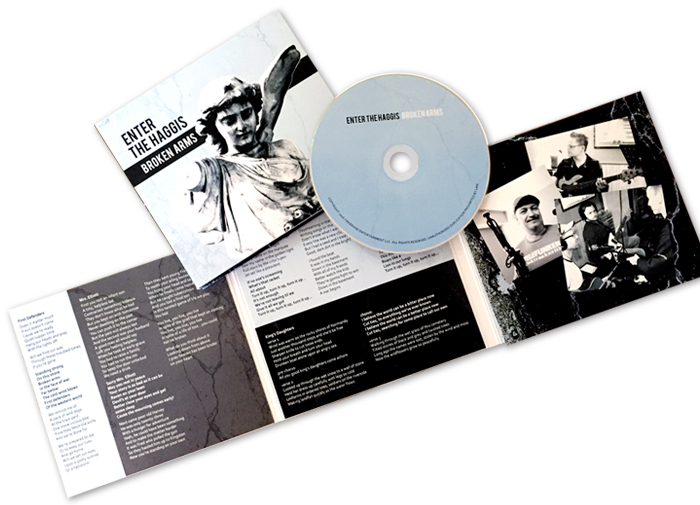 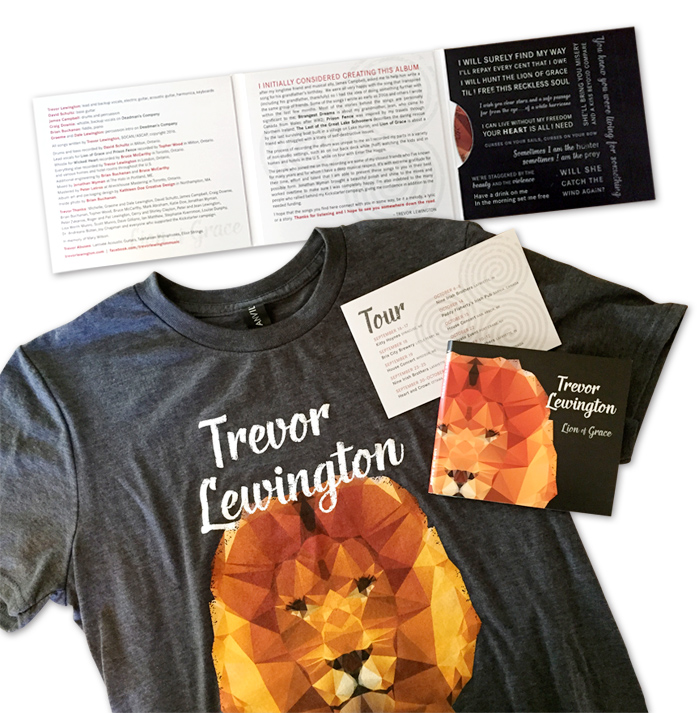 Kathleen collaborated with Enter The Haggis to create album packaging for their 7-song EP, released last month. Broken Arms is the band’s most raucous and energetic collection of songs in a decade, including pipes, fiddles, whistles and a lot of loud guitars. Kathleen worked with the band’s vision to create packaging that reflected the album’s stories of war, struggle and hope, many of them based in their home of Ontario. The album was produced as a crowd-funded presale, and its release included videos for each song, listening parties, and a new t-shirt.

Trevor Lewington, lead singer and guitarist for Enter The Haggis, also released his first solo album this fall. Lion of Grace is a collection of personal songs inspired by true stories. The Celtic-inspired folk/rock album was a hugely successful crowd-funded project. Starting with a single lion graphic chosen by Trevor, Kathleen created a cohesive design and feel for the album, merchandise, stage signage, marketing pieces, and even the front of his kick drum. Trevor is currently touring in support of the new album, and Lion of Grace is available now.

> Learn more about Enter The Haggis and Trevor Lewington.